Įguilas is a municipality in the Alto Guadalentķn area, neighboring the Lorca municipality to the East and North, the Mediterranean Sea to the South and the Almeria municipality of Pulpi to the West. It is 103 km from the municipality of Murcia.
The town has 35 beaches and natural areas such as the Regional Wildlife Park of Cabo Cope-Calnegre and the Natural Park of Cuatro Calas. It was awarded 10 `blue flags in 2016' that are still raised in different beaches: 9 in the municipality of Įguilas and 1 in the Calnegre cove of Lorca. Both marinas in the town of Įguilas also have blue flags: Club Nįutico and Juan Montiel. The Sea-Aquarium Interpretation Center of Aguilas also received the Blue Center award. This destination has 7 'Qs' for Quality (6 are beaches and 1 a tourist office). Įguilas is also a SICTED Destination, with 23 distinguished establishments directly or indirectly linked to the tourist sector.
The municipality's economy relies mostly on tourism and hospitality, as well as on intensive fruit and vegetable greenhouse agriculture, including product sorting, storage and distribution plants, among other infrastructures.

The closest airport is the International Airport of the Region of Murcia (Corvera), 81 Km.

El Carnaval de Įguilas, declared to be of International Tourist Interest in 20/01/2015, with more than 200 years of tradition behind it. 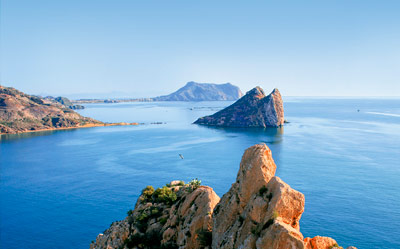 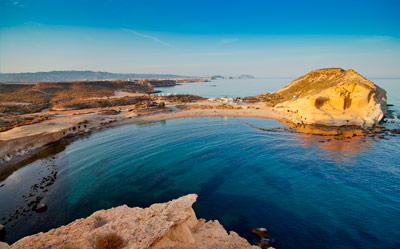